To ensure that the actions of the network are relevant to, accepted and supported by local communities and that the results of the networks’ efforts have a sustainable impact on health through improved clinical practice and public health policy. 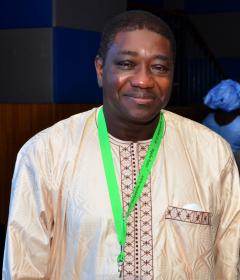 Professor Souleymane Mboup studied at Cheikh Anta Diop university in Dakar and the University of Tour in France. As former student at the Senegalese Military Health Training Academy, he also holds the title of Colonel in the Senegalese armed forces. His career spans more than 30 years dedicated to HIV-related research and lecturing at Cheikh Anta Diop University of Dakar and partner universities across the world. Souleymane and his research team discovered HIV-2 virus.

He has held several high profile positions and was a member of several scientific societies in Senegal and in the world. Souleymane has authored more than 200 publications and 18 books, and has been an International Projects Review Expert and Principal Investigator in many research projects.

His experience, knowledge and availability, have credited him with several Awards and Honors, the following are some of his honours:

To perpetuate his expertise and know - how, Professor Mboup has initiated the construction of “Institut de Recherche en Santé, de Surveillance Epidémiologique et de Formations” (IRESSEF), which was officially launched by His Excellency Macky Sall, President of Senegal on June 19th 2017. He plans to make of this new institute, a modern platform to promote high quality research and training in Africa. 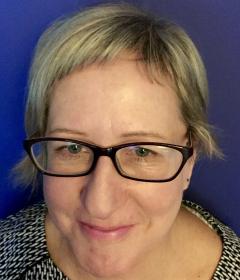 Dr Shelley Lees is an Associate Professor in the Anthropology of Gender, Violence and HIV based at the London School of Hygiene and Tropical Medicine. Over the past 20 years much of the focus of her research has been on gender and health in Tanzania. She is currently conducting anthropological research on violence against women and children with a number of different projects in Tanzania, one of which looks at the intersection between the prevention of HIV and the prevention of violence. She has worked as an anthropologist on a major HIV prevention trial (MDP301) and on a gender-based violence prevention trial (Maisha) in Tanzania. Since 2015 she has been the lead anthropologist on the EBOVAC-Salone vaccine trial in Sierra Leone. For the UK Public Health Rapid Support Team (UK PHRST) at LSHTM she has conducted research to explore the role of anthropologists in disease outbreaks. She is a member of the International Working Group for Good participatory practice guidelines for trials of emerging (and re-emerging) pathogens.